Today and tomorrow’s cars are more connected than ever. And consumers are demanding ever-smarter vehicles. To compete, automakers and dealerships must deliver on this demand while leveraging Internet of Things (IoT) technologies to drive down costs while increasing profits.

Imagine an uninterrupted, connected experience every time you get into a car. That’s our focus - transforming big data into a connected car lifestyle. Data intelligence that can reduce insurance rates, report a car’s health, protect and connect a driver throughout the ownership of the vehicle and more.

Our trailblazing team includes inventors and authors of IoT patents, innovators of new mass market distribution channels and even a visionary whose privately owned company was the first of its kind to deliver 1 million connected devices – right behind Ford and GM.

With analyst projecting over 300 million connected vehicles on the road by 2020, the automotive industry and the consumers they serve have access to more intelligence than ever before. At Procon Analytics, we’re innovating the technologies that capture, deliver, and decipher this wealth of data in new and better ways. Powered by our leading-edge connected-car platform, our scalable suite of automotive solutions maximize the competitive advantages of the connected car for drivers and businesses alike. We’re transforming the way people make, sell, secure and drive cars. Join us in this journey.

Innovation starts at the top. The leadership team at Procon Analytics represents the best and brightest in the industry. The steering force behind our company’s vision are our leaders who foster a culture of collaboration. Meet the leadership team poised to transform automotive IoT and big data solutions globally. 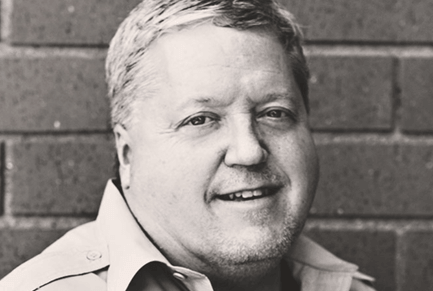 Brian Boling
CEO
As a trailblazer in automotive IoT, Brian Boling is an inventor and author of multiple patents leveraging GPS technology. Under his leadership, Procon Analytics is poised to lead the next generation of IoT big data solutions and connected car technologies. 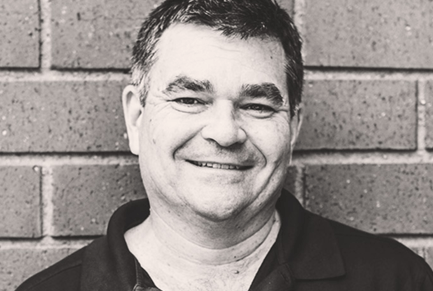 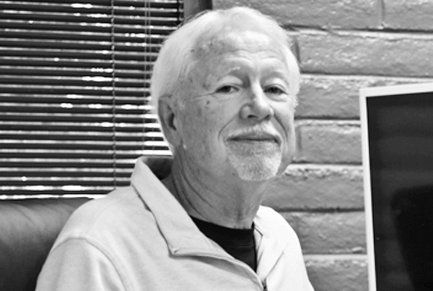 Ken Vines
CFO
Ken Vines has been the Chief Financial Officer of a number of public and private companies, primarily in the technology industry. 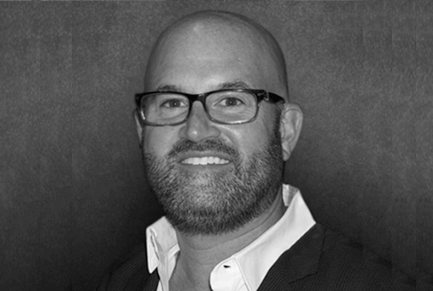 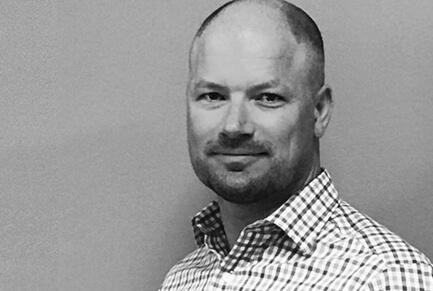 Cheney is a pioneer and innovator in IoT cloud-based technology. As COO at Connected Holdings, Cheney was the evangelist of performance, profitability and customer experience. He also was the mastermind behind the new connected car technology products that he will continue to evolve under Procon Analytics. Prior to his appointment to Connected Holdings, Cheney held the CFO position at Spireon Inc. Cheney was a founder of Drive OK, one of the leading companies in the Vehicle Finance IoT business before being acquired by Procon GPS which was later renamed to Spireon, Inc.. And before that, Cheney was a senior executive at Qualcomm in its semiconductor and international investment divisions.

As a graduate of the U.S Naval Academy and a Submarine Officer, Cheney acquired an appreciation for disciplined development and the adherence to process in the Nuclear Navy during the Cold War. This experience uniquely positions him to specialize in the operational processes and systems that are critical factors in an IoT company’s ability to scale, sustain growth and deliver strong returns. His latest endeavors in big data analytics promise new and even more exciting sources of growth and profitability.

Cheney’s specialty is in operational processes and systems that are critical success factors to an IoT company’s ability to scale, sustain growth and deliver strong returns. His newest endeavor in big data analytics promises new and even more exciting sources of growth and profitability.

Cheney holds a BS in Electrical Engineering from the US Naval Academy, and an MBA from Stanford University.

Ken Vines has been the Chief Financial Officer of a number of public and private companies, primarily in the technology industry. He joined Procon Analytics in early 2019 after taking some time off from a lengthy career in finance management. His technology industry experience has included senior financial management positions at automotive IoT and telecommunications companies — notably a multinational firm with more than $450 million in revenue that operated in 30 countries.

Throughout is professional career, Vines has excelled at ensuring the financial stability and growth of the companies for which he’s worked. At Procon Analytics, he will again be charged with those duties, but in addition he will help us manage our growth and develop strategies that will accelerate the organization’s profitability as we develop new products, services and enter into new strategic partnerships. His expertise will help us in our mission to create disruptive trends that will transform the auto industry.

Vines is CPA and holds and MBA from the University of North Texas. He resides with his family in Plano, Texas.

Previously, Meyer held the position of Executive Vice President of Sales and Services at Spireon, Inc. where he was responsible for the operations of its rapidly expanding automotive solutions group. With over 28 years of industry experience, Meyer established several of the fundamental building blocks in technology that have been adopted and are still in use today by over 14,000 car dealerships across the country.

Daniel Walpole wakes up in the morning and goes to bed at night envisioning disruptive new ways to transform raw data into actionable intelligence businesses can use to make lives more convenient, secure and connected for businesses and consumers alike. When he’s not awake, he’s dreaming about it.

If anyone is up for the task of harnessing big data, it’s Walpole. With an instinct for identifying and capturing opportunities, he also knows when to listen and learn from experts who know more than he does. When he was a Managing Partner for Verizon’s Internet of Things (IoT) Resale Business Group, Walpole devoted hundreds of hours talking to and learning from the industry’s leaders and innovators. In the process, he built partnerships that helped him create a $200 million business pipeline for the telecom giant in just a few short years.

During his tenure at Verizon, Walpole had the chance to meet automotive telematics pioneers Brian Boling and Bill Cheney, the visionary leadership behind Procon Analytics. Boling and Cheney soon became Walpole’s mentors as well as collaborators. When the opportunity arose to bring Walpole on board as Procon Analytics Chief Data Officer, the leadership team at Procon Analytics didn’t hesitate to make it happen.

As CDO at Procon Analytics, Walpole leverages his deep industry knowledge, experiences and connections to pursue diversified new vertical markets and forge partnerships within and beyond the automotive sector. His focus is on helping more businesses transform massive data lakes into filtered, controlled and actionable streams of intelligence that not only deliver value to customers, but also drives sustainable and profitable growth for Procon Analytics. Walpole’s strategy is to expand digital transformation direct to consumers too. As people across the globe spend more and more time on their mobile devices, Walpole is looking to perfect the technology that helps connect consumers to the things that matter most in their lives and then put that power and control back in their hands so they can use it when and how they choose.

A native of Great Britain, Walpole honed his entrepreneurial skills in the aggressive world of British “commission only” advertising sales. He migrated to the U.S. and joined the sales team at AT&T Wireless, Sprint PCS, and Verizon. During his tenure at Verizon, Walpole developed and lead some of the highest performing sales teams in the Company. His direct and honest style has generated a legion of former employees who are fiercely loyal to him. The father of 3 children, Walpole brings the same focus and dedication as a club soccer coach. His vision was to build a soccer program that placed more importance on developing the boys, as young men, than it did on wins and losses. A program that showed them how to learn from both the successes and failures of competitive soccer as a way of preparing them for adulthood – this year, (as the only non-paid coach out of 140 teams in the competition) that vision lead to his team  becoming the California State Champions, their sixth major trophy in five years.

Procon Analytics is always on the move focused on transforming the automotive industry around the globe. Stay connected with our latest innovations in big data and automotive IoT. 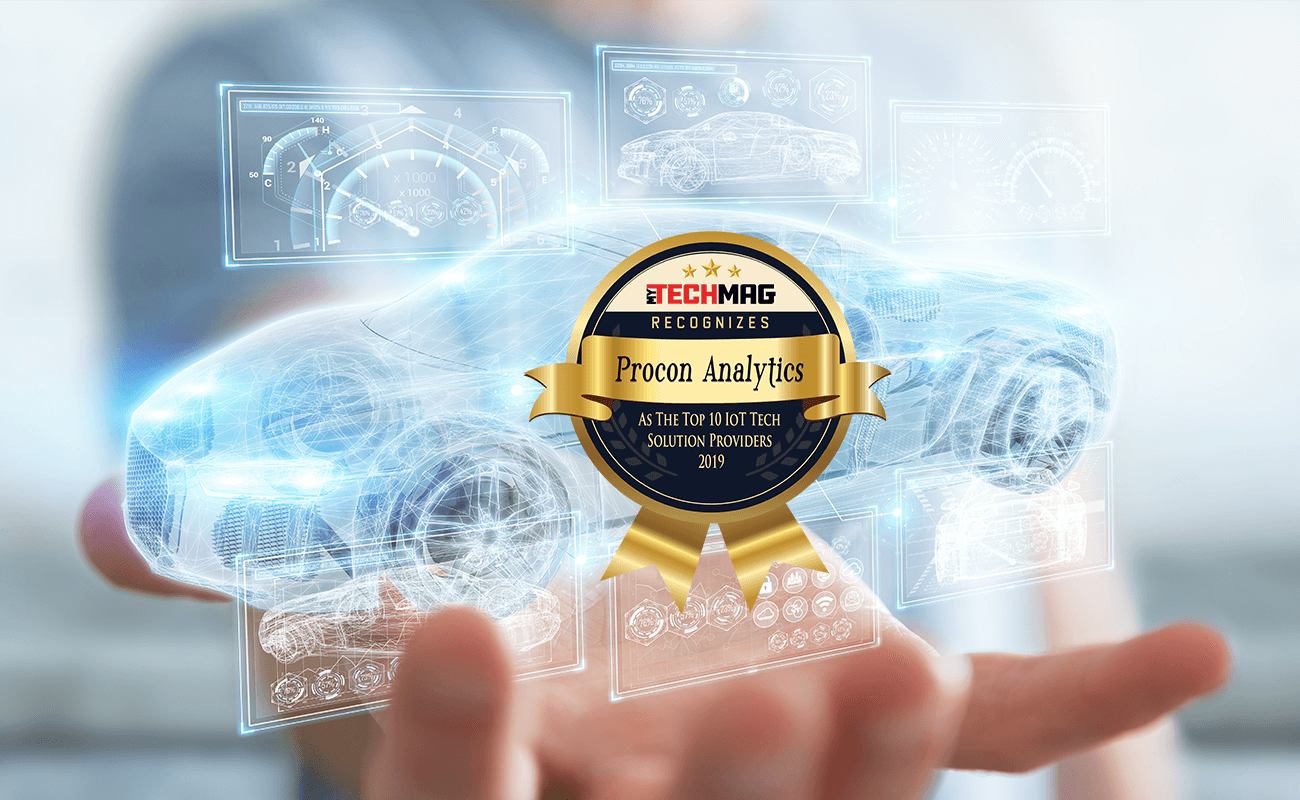 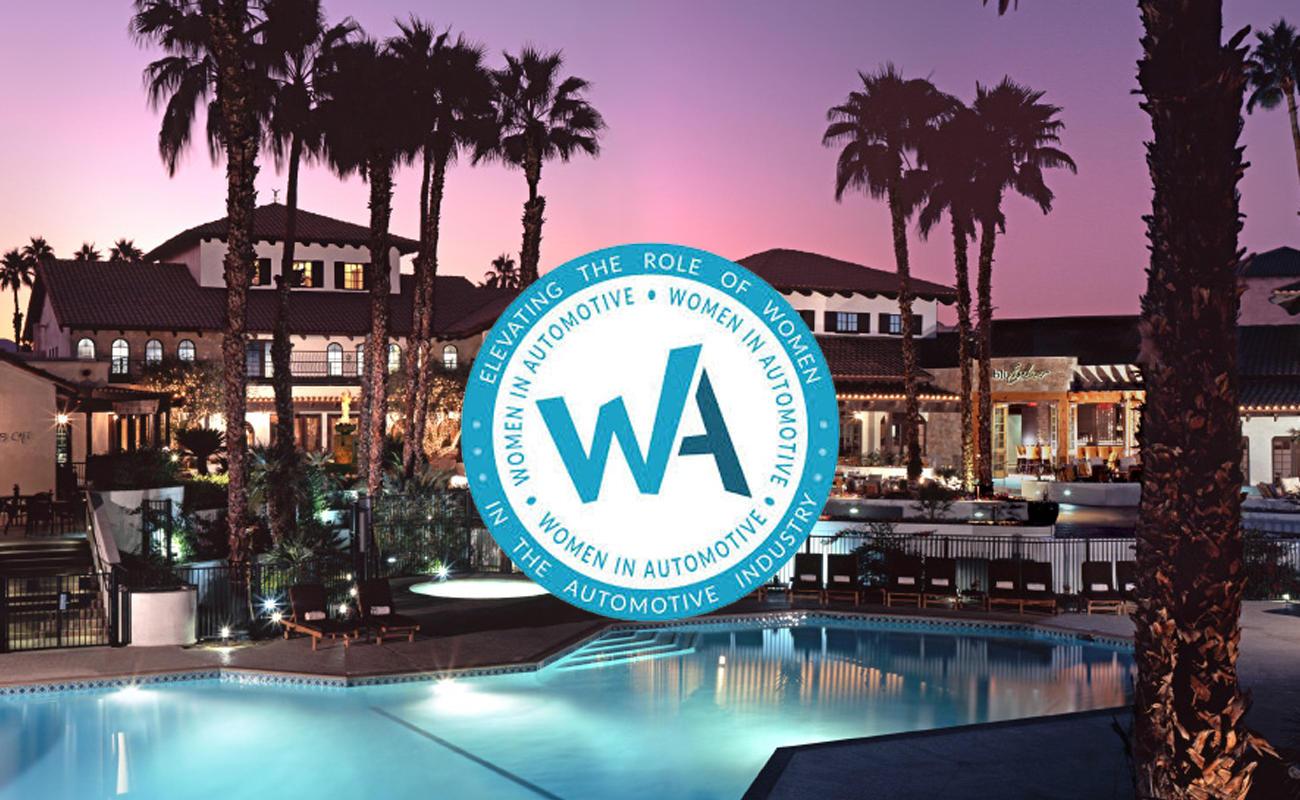 Women’s Buying Network Did you know that in 2018 only 16 women were executives in the top 20 motor vehicles and parts companies in th... 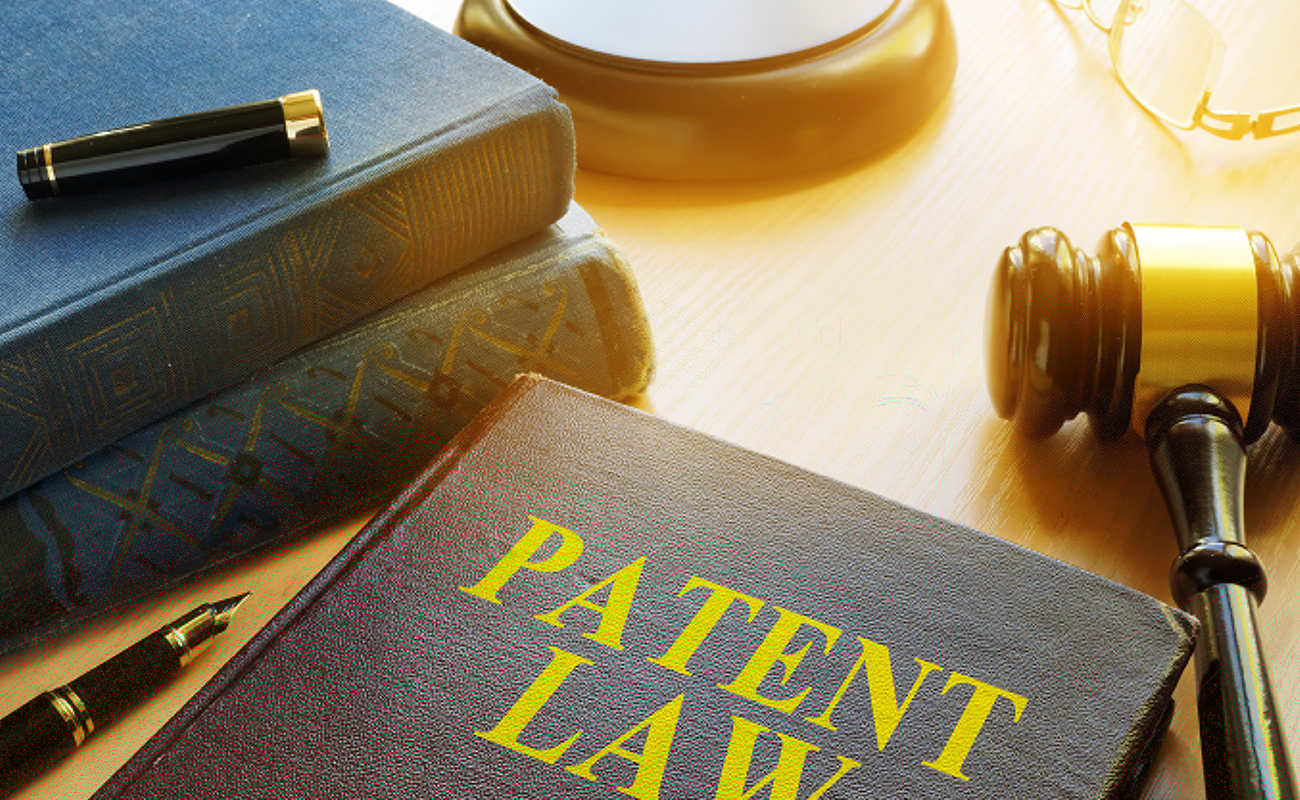 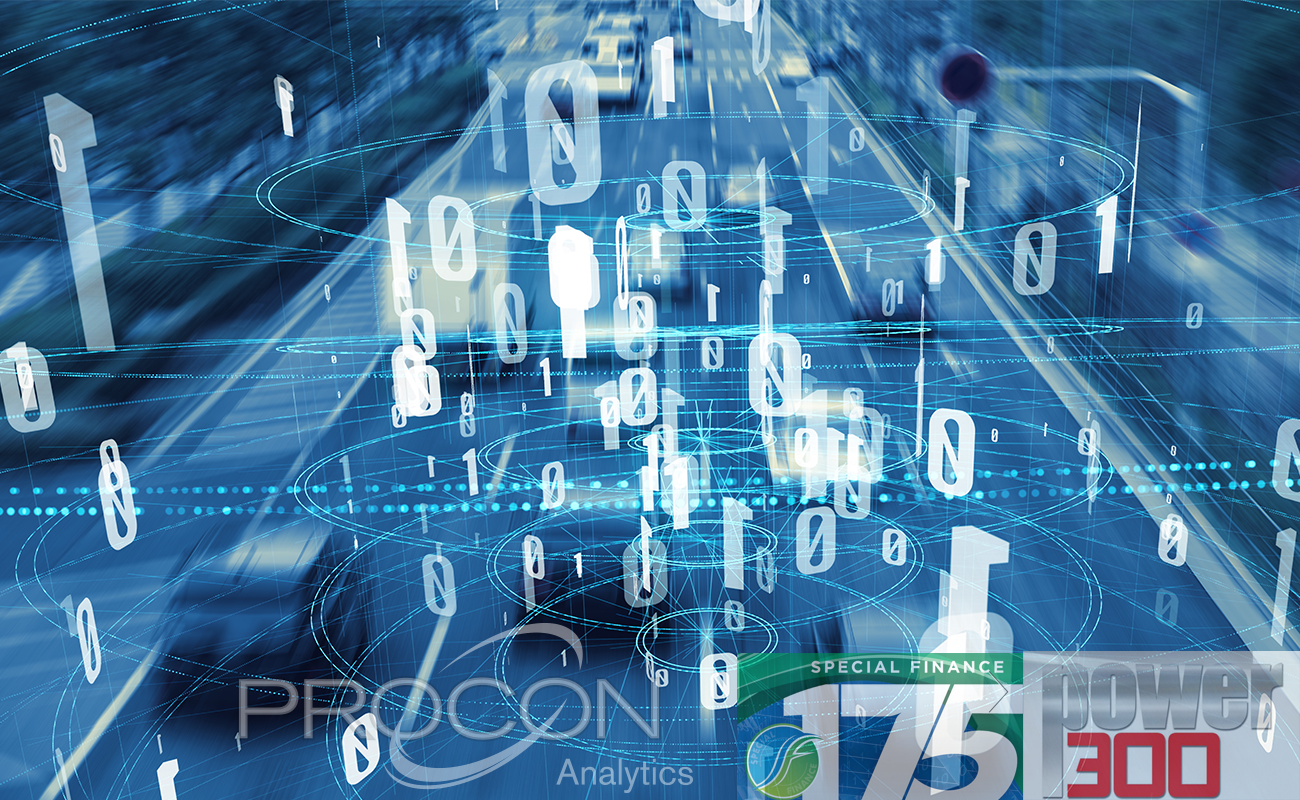 Synopsis: Procon Analytics, based in Irvine, Calif., continues its string of successes in 2019 by being named to two lists of top vendo... 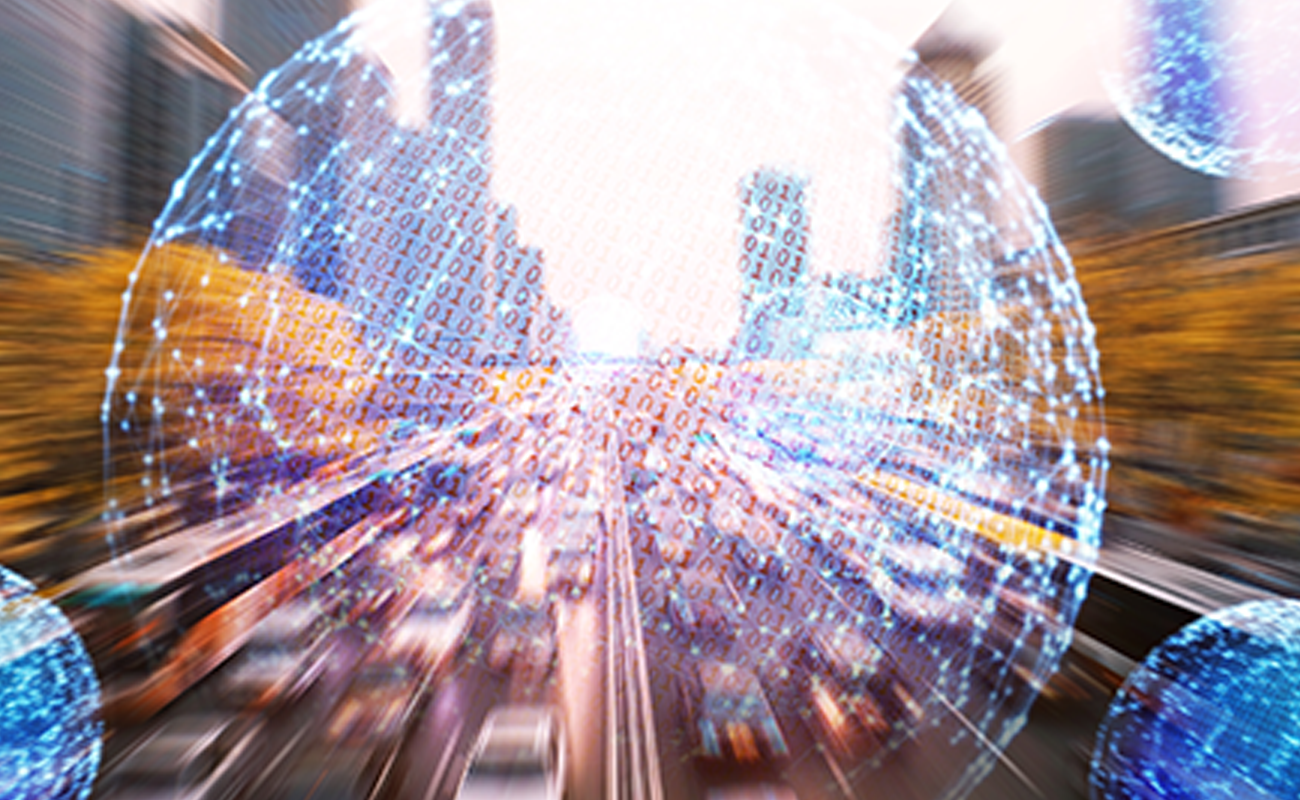 The annual list published by CIOReview cites the top 20 companies that are at the forefront of providing data analytics solutions and i...

Many dealers feel they’ve made great strides in improving their customer service through hiring quality staff and better training, bu...

Building Customer Loyalty in Marketplace Where It’s Hard to Find

The cost to acquire a new automotive retail customer in 2015 was $633, according to the NADA Data Report, and that is about 10 times mo...

Auto Thefts Spike on Halloween Night, But Be in Good Spirts! Most are familiar with the night before Halloween being associated with ma...

Boost Your Recurring Earnings, Enhance Existing Relationships As an agent with a portfolio of products and services you offer to North ... 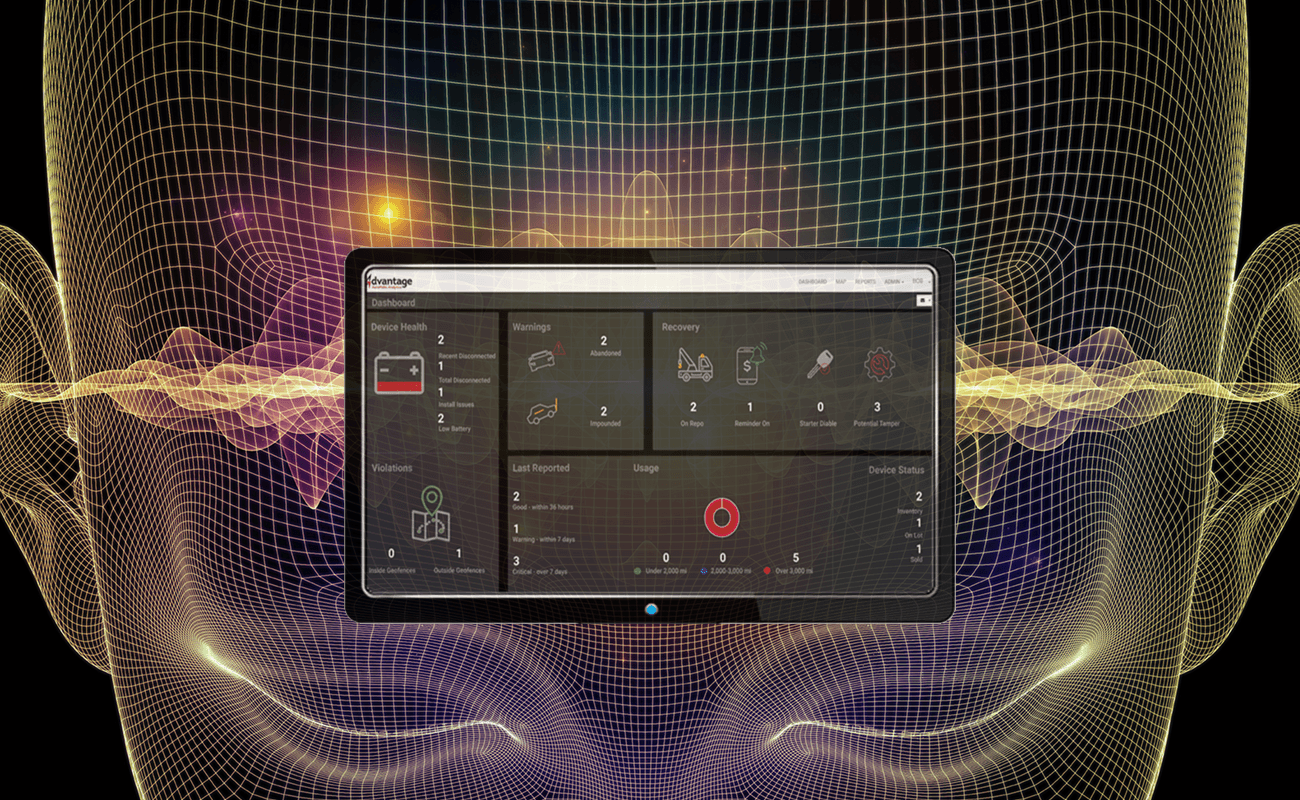 HOW CAN I HELP YOU TODAY ?